I recently attended a 50 year re union with the guys I started my working life with in Adelaide,  South Australia..
In 1964,20th January, we all started work, as Technicians in Training(T.I.T.'s).
The course was like an apprenticeship to become a qualified Telephone Technician.
There were disciplines in Exchange Maintenance,Exchange Installation, Subscribers Installation, and Radio.
The first year was a year of common training in  school then out to the various disciplines and locations with periodic returns to the school.
The course was a 5 year course.
I lasted 2 years and transferred out to other work within the PMG.
I had been based in the Franklin Street Adelaide Telephone Exchange.
Not everyone completed the course.
For a period of 2 years I worked in the PMG Drawing Office as a Drafting Assistant.
I then moved into Personnel work.
I think there was over a 100 in our intake which was an annual event in the days of virtually no un-employment in South Australia.
We have had a few re- unions over the years but it was great to share a 50th.
Some are still  working but in different organisations.
The PMG used to look after Telecommunications,Postal Services, Radio Services,and some Television in those days.
In 1975 the PMG was split into 2 main different Statutory Government Agencies.
Telecom Australia and Australia  Post.
Telecom Australia was by far the bigger organisation and that was where I ended up.
Telecom later became Telstra and is still known by that name today.
I took a redundancy package from Telecom in 1992 after 28 years service.
Australia Post is still operating also.
In those early days both organisations had a monopoly on their services but competition became the norm.
The Australian Govt still has  both organisations in their jurisdiction.
The attached pics are of the group I started with in 1964( there were other groups) and also a team
of mostly Drawing Office Staff who played in a social football match at the Kangarilla Oval in either 1966 or 1967.
There is also a pic of a social football team from the old Personnel and Industrial Relations Department.
Our office was on the mezzanine floor of the GPO.
The coach was the late Bob Jones.
Some in all three  pics have sadly passed on.
In later years I worked for the Commonwealth Employment Service and then Centrelink. 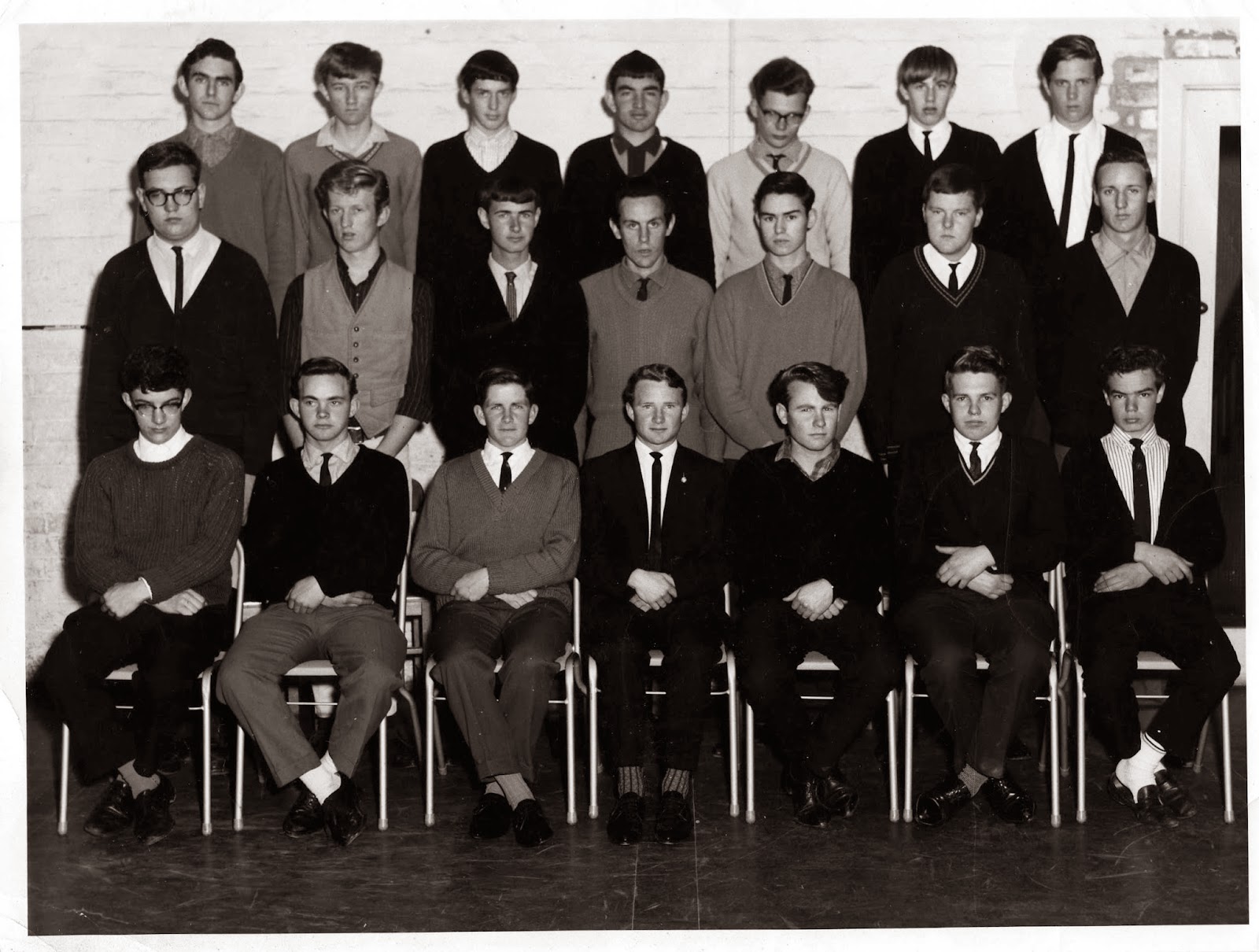 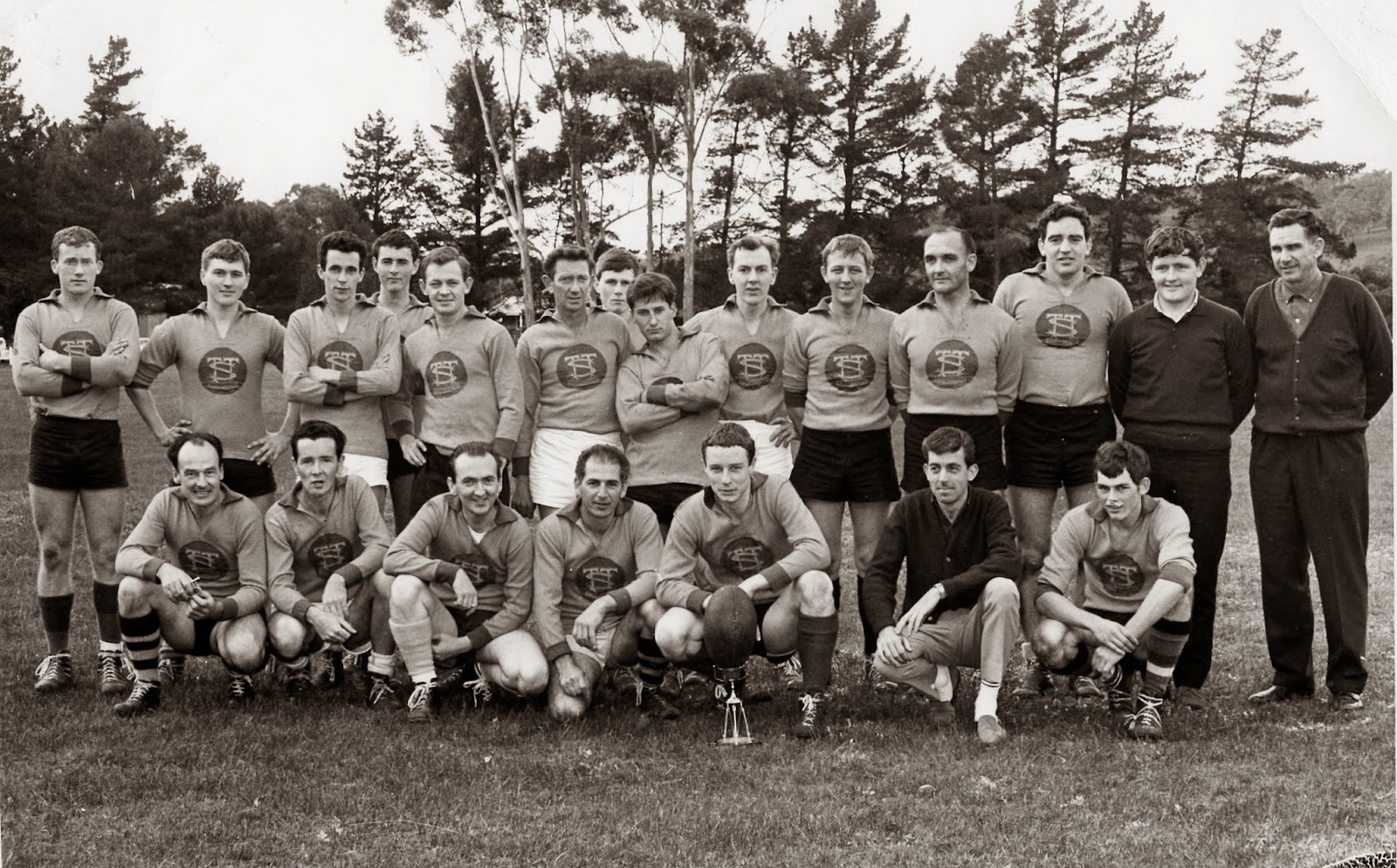 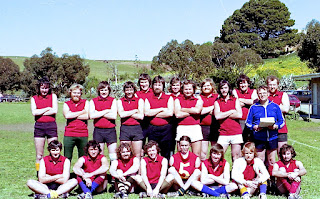