In 1966 I joined the Postal Institute Football Club which was entering the South Australian Amateur League at The A3 level.
I had left the West Adelaide Football Club earlier in the year at the encouragement of some workmates who played for "Postals".
Players were mainly workers from the original Postmaster General's Department although outsiders were encouraged to join.
In this year 1966 we won the A3 premiership which elevated us to A2 the following year.
We played off in the A2 grand final but were beaten.
We did then get elevated to A1 the next year where we won our share of matches.
I believe the calibre of players we had in those 3 years was very good and many could have played League Footy in the SANFL.
Some had already and one of these guys in particular Darryl Webb who was a 17 year old Centre Half Forward in this photograph went on to play for North Adelaide and South Australia.
I have another photo taken a couple of years after this so will add that when I find it.
I would love to hear from any Postal's players who come across this.
I am aware sadly that some have passed on.
Ian Goed has kindly sent some statistics from the 1970 year of Postals. 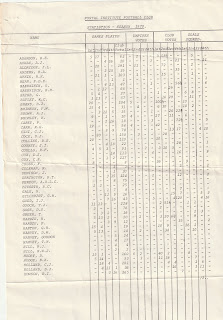 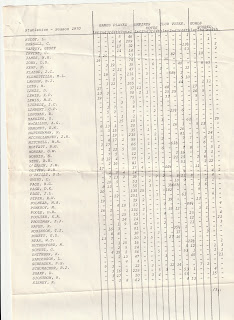 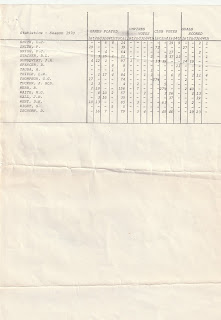 Posted by Geoff Thompson at 8:31 PM