During the late 80's and early 90's all three of my boys played Lacrossse at the Sturt Lacrosse Club in South Australia.
While successful at a young age all three chose not to continue the sport while still teenagers.
I had never seen a game until they played.
For  a while I attended many Lacrosse matches and took lots of photos and videos of games.
Now I am doing a lot of scanning to archive my photography I may put up some lacrosse photos from time to time.
Below is the 1990 successful Sturt A Grade Premiership Team and also a junior Sturt team from the same year.
I have a video of this A Grade premiership and intend to post it on you tube some time. 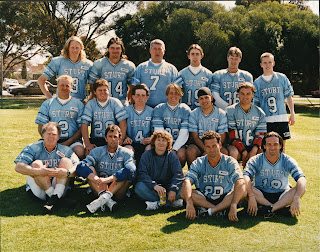 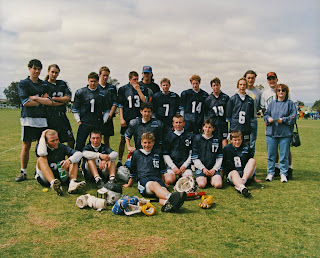