As the year turns this attached message from Oswald Chambers is very helpful. 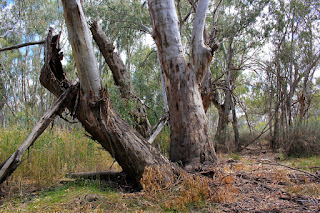 Security from Yesterday. “God requireth that which is past.” At the end of the year we turn with eagerness to all that God has for the future, and yet anxiety is apt to arise from remembering the yesterdays. Our present enjoyment of God’s grace is apt to be checked by the memory of yesterday’s sins and blunders. But God is the God of our yesterdays, and He allows the memory of them in order to turn the past into a ministry of spiritual culture for the future. God reminds us of the past lest we get into a shallow security in the present.
Security for To-morrow. “For the Lord will go before you.” This is a gracious revelation, that God will garrison where we have failed to. He will watch lest things trip us up again into like failure, as they assuredly would do if He were not our rereward. God’s hand reaches back to the past and makes a clearing-house for conscience.
Security for To-day. “For ye shall not go out with haste.” As we go forth into the coming year, let it not be in the haste of impetuous, unremembering delight, nor with the flight of impulsive thoughtlessness, but with the patient power of knowing that the God of Israel will go before us. Our yesterdays present irreparable things to us; it is true that we have lost opportunities which will never return, but God can transform this destructive anxiety into a constructive thoughtfulness for the future. Let the past sleep, but let it sleep on the bosom of Christ.
Leave the Irreparable Past in His hands, and step out into the Irresistible Future with Him.

Posted by Geoff Thompson at 7:58 PM No comments:

Email ThisBlogThis!Share to TwitterShare to FacebookShare to Pinterest
Labels: a new year, dealing with past failure, Oswald Chambers 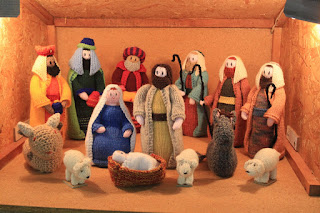 I would like to share a few thoughts as we pass from Christmas Eve to Christmas Day.

We celebrate the birth of Jesus as God's only begotten son.

Born of the Virgin Mary.

Conceived by the Holy Spirit.

Born to die on the cross.

for the sins of mankind,

and to destroy the works of the devil .

Born to be resurrected to show us His absolute Divinty as part of God's Holy Trinity.

Born to heal, to release people from bondage, to restore sight to the blind.

Born to give the second birth to those who will receive Him as Lord and Saviour.

The giver of eternal life.

A wonderful message to those of us who have entered into His Truth.

A message of offense to those who prefer darkness to light.

What will you do with Jesus this Christmas?

Is He calling you?

Many are called but few are chosen.

Many hear His call and ignore it as they want to claim their right to do whatever they like.

Don't be so silly to do that.

Mind you becoming a Christian in this nearly post Christian age could be dangerous.

Have a truly blessed Christmas and enable Him to walk and talk  with you in the new year.

Posted by Geoff Thompson at 7:14 PM No comments:

Australian possums are I think, as far as cuteness goes, the equivalent of Europe's squirrels.

The possums are varied, a few separate species.

The most common in our area is the Brush Tailed possum.

They are quite common in Adelaide's suburbs and occasionally they will take up residency in your roof.

That's what has happened to us.

Every night as dusk gives way to night the possums, a mother and baby,come out bounding over our shed roof and into the backyard trees.

At about 5am ,just as the birds are starting the dawn chorus, we hear them come back into the roof.

We will need to block the entrance one night but so far we haven't been able to organise this.

We love the possums but they can be a nuisance.

Tonight I finally got a shot(pic) of the baby one. 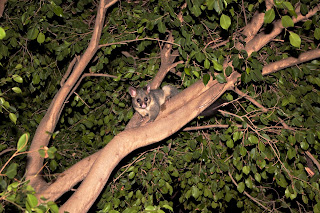 As they are a protected species we will have to learn how to live harmoniously with them.

Ps. We have now succeeded in getting the possums out of our roof. They are still in and around our house and invading all the neighbour's properties as well.
As far as I can tell they haven't got back in our roof.


Posted by Geoff Thompson at 11:42 PM No comments:

This was an attempt to produce an educational video on how to use an incident light meter with my good friend Greg. We may continue and add to this at a later date.

Posted by Geoff Thompson at 10:43 PM No comments:

Posted by Geoff Thompson at 10:36 PM No comments:

Posted by Geoff Thompson at 8:33 PM No comments:

Episode 5 in my Encounters with Australian Birds series.
A correction is in order here. The shots of the Crimson Rosella at the close of the clip were at at Strathnairne near Canberra not Strathgordon.

Posted by Geoff Thompson at 3:33 PM No comments:

"Think on these things" by Geoff Thompson