The Birds can teach us by Geoff Thompson

I presented this Christian  message on 8/3/20 at the Lifecare Parkrose Nursing Home United Congregation on Sunday 8/3/20. 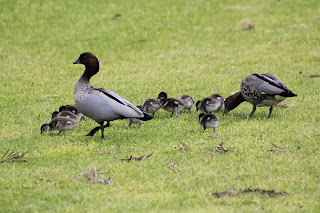 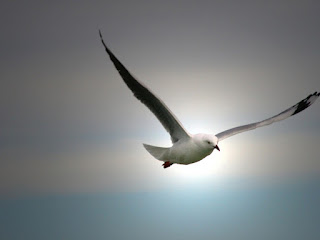 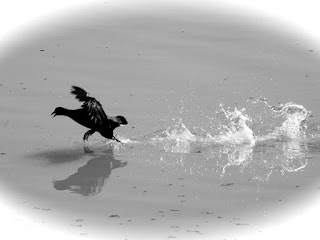 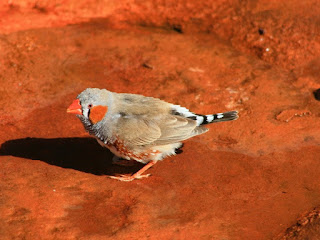 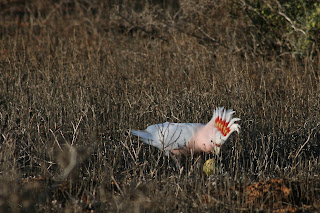 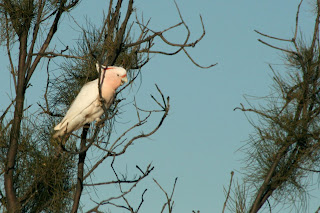 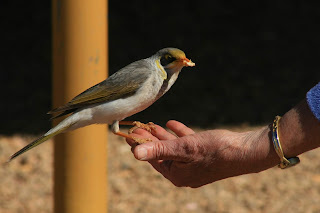 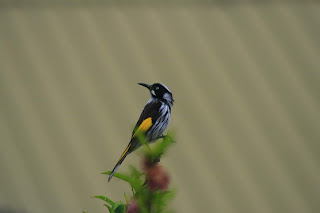 The Birds our Teachers

You would have noticed in my power point presentations for this service I often have pictures of Australian Birds.
That stems from my love of birds and bird watching and bird photography.

Today I would like to speak about how we can learn from the birds much about God.

(I got the idea to do this today as a few weeks back Roger Brown was using the Eagle as part of his message.)

In fact you often come across people who say there is no God and that we just evolved as slime from the mud of the ocean.

All they really have to do is look around and think about the beauty of our creation.

Where did it all come from?

“Since earliest times men have seen the earth and sky and all God made, and have known of His existence and great eternal power. So they will have no excuse when they stand before God on judgement ay.”

The birds are part of creation and they do feature quite a bit in the Bible.

I started bird watching on the encouragement of my father when I was about 12.

Mainly because at that age I had my own air rifle and I was in the habit of shooting the sparrows in the backyard.
I had no regard for them as creatures.
Not a good habit to get into.

Back then Australia had a “own your own gun and use it mentality” just like America still does.
Thankfully that is largely a thing of the past although some still insist on recreational duck shooting.

Well I got myself a bird identification book, was given some binoculars as a Christmas present and a groundsheet to sit on while I watched birds.
These days they would probably have called me a nerd.

Anyway my interest and knowledge grew.

When I finally got into photography in about 1970, then my passion for bird photography started to take off.

So what has all this got to do with today’s message?

Well my father in law was an expert on birds and he was always saying they were cleverer than us and even had a language they could communicate with each other.

He believed we could learn a lot from birds.

He used to talk about birds as if they were humans.

For example he  would call them husband and wife.

Not male and female.

They are not humans of course and the message we had read to us today from John 3 does not apply to them.

In the sense they are not sinners and do not need salvation in the way we do.

Our response to God and the Gospel also has an impact on our world and indeed the birds.

A famous Theologian, the late John Stott, was also a keen birdwatcher and photographer.

He wrote a book some years back called “the birds our teachers”.

He invented what he called “Ornitheology”.

I am going to draw on some of his ideas today and share one or two of my own.

He was introduced to birdwatching by his father at the age of 5 or 6.

His interest grew and as his preaching duties took him around the world he was able to observe and photograph birds everywhere he went.

In the book of Genesis,

Adam was given the job of naming the birds and animals.

They were first assigned to him as companions.

Then God gave him Eve.

I wonder how many of his names are still used?

Please note that the subject of birds is a big one.

Many have written about birds,

many have drawn and painted them,

many have photographed them,

many have recorded their songs,

there are many documentaries about birds,

some try to teach us about evolution through them,

many have worshipped them and also used them as sacrifices,

and of course many are eaten daily as food.

My focus today is on birds as exclusively created by God and how in some ways they can point us to Him.

My aim, as always, is to glorify the Lord Jesus Christ;

and how the birds around us can assist us in this.

Jesus was and is their creator.

So lets start talking about some of these birds and how they might help us draw closer to God in our thinking.

Luke 12:6-7 Living Bible (TLB)
6 “What is the price of five sparrows?
A couple of pennies? Not much more than
that. Yet God does not forget a single one of
them. 7 And he knows the number of hairs
on your head! Never fear, you are far more
valuable to him than a whole flock of
sparrows.

It is a fact that in some countries small birds such as sparrows and songbirds are still sold in market places for food.
The little dead sparrow in the picture I photographed on Everard terrace just out the front of Parkrose some years ago when visiting Aunty Doreen.

I took it because of this verse, and I thought one day I might give a talk such as todays.

John Stott focuses on this well known verse in his book.
(That was our call to worship today.)

John says there is an epidemic around the world these days of what is called low self esteem and depression and mental health issues.

We don’t have to look far to notice this.

Well he argues that we should realize how blessed our lives are, and we really don’t have a good reason to be down in the dumps.

By learning from this passage we are given a glimpse of the way out.

He tells the story of Joni Earekson-Tada.
You might remember her as the 17 year old all American teenager who tragically broke her neck in a diving accident.
She had a re awakening of her faith when this happened but has been in a wheel chair all her life.
She married Ken Tada and although she started and still leads a ministry for disabled people she has had her bouts of depression.

Especially after 25 years in a wheelchair and she became bed ridden for a time.
Her husband Ken, placed a bird feeder outside her window.
This is what she is quoted as saying in John’s book.

“I glanced at the bird feeder and smiled. I could understand Jesus noticing an eagle…but a scrappy sparrow?  They’re a dime a dozen,
Jesus said so Himself.
Yet from thousands of bird species the Lord chose the most insignificant, least noticed ,scruffiest bird of all.
A pint sized thing that even birdwatchers ignore.
That thought alone calmed my fears.

I felt significant and noticed….if the great God of Heaven concerns Himself with a ragtag little sparrow,

clinging to a bird feeder outside my window,

He cares about me.”

This was the catalyst that helped her overcome her depression.

He cares about all of us.

So we can learn from the sparrow when we remind ourselves of this verse.

How impressive is it when you see a hen bird of any species protecting it’s young under it’s feathers.

I was admiring with Shirley Rumbelow a few weeks ago, the little quails in the atrium/aviary here in Parkrose.

though itself is tiny,

had even tinier little chicks under the protection of it’s feathers.

How wonderful is the gift of Mothers,

who are like hens for us when we are little,

and usually throughout our lives.

And God Himself is likened to our protector as we shelter in his “wings”.

He is both our Father and Mother.

We can learn from the protecting and nurturing nature of hens.

There are many birds around the world that  are wonderful songsters.

We have several species in Australia.

However I would like to concentrate on one bird we have in Australia.

It is a beautiful songster.
The Grey Shrike Thrush is common in the countryside in Australia and has a number of beautiful calls.

They can become very tame if you are lucky enough to have them on your property.

They and other birds such as the Nightingale, The Black Bird, The Willy Wagtail and the Butcher Bird have beautiful calls.

If you are ever fortunate enough to be in woodland in Australia at Dawn you can hear the beautiful dawn chorus of any number of species all joining in together.

Music and song is such a great gift God has given us and the birds.

A reminder that with this gift we can praise God together and in doing so inspire each other and be uplifted as we touch our living God in joyful song.

The Thrush, and other songbirds
give us a wonderful example of the beauty of praise.

Of making a joyful noise unto the Lord.