Australia's limitations on weddings due to the Coronavirus. 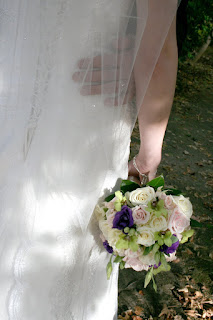 I am not sure what the latest ruling on Weddings in Australia is but a couple of days ago because of the Coronavirus it was limited to 5 people.
There have been some weddings rushed through before the deadline on that.
They had imposed a similar rule on funerals but I think that has been relaxed a little provided people observe distancing rules.
So now how do you deal with this as a wedding photographer?

Some years ago a fellow photographer friend of mine told me she was doing a wedding shoot for a couple coming out from England for a private ceremony just for the 2 of them.
Thay had not told family back home but planned to surprise them when they got home.
They were going to have a party in England at a later date to celebrate.

My friend asked me if I would do a video and she would do the stills.

The only people present were the couple, the celebrant, my friend and her assistant and me.
The celebrant may have had his wife also.
The wedding was conducted at a favourite location in Adelaide outdoors.
.

My friend and I signed as witnesses.

The couple went to a hotel afterwards in Glenelg in Adelaide to have a quiet meal.

The crazy thing that happened was that I had a great new video camera, the Canon Xl1, but I was not an experienced videographer.

The lighting was difficult as the couple were in deep shade under a tree, with the bright sunlit face of a historic sandstone property in the background.

It was quite a warm day.

I did not have any video lights with me.

I spent some time getting the exposure right.

The ceremony went for about 15mins and then they signed the register.

During the signing I decided to review the footage I had so far and was dismayed to find I had recorded no sound.

At a normal fast moving wedding this would have been a disaster.

The benefit of this small wedding was that there was no reception to go to and no rush to go anywhere.

So I ate humble pie and confessed my sin.

I asked the couple and the celebrant if we could do the ceremony again.

They said why not?

They managed to keep a straight face as they embarked on their 2nd wedding.

This time I got the results I needed.

At the end of the day I was invited to the pub to share a meal but I was so traumatised I declined.

My youngest son did the editing for me later and they got a nice record of their very small wedding.

There may be some advantages in this scenario.

The no limit on time was a big bonus.

On another occasion I photographed a similar elopement but they did have a wedding party.

I did enjoy that although the challenge of steady rain made it difficult.

I got soaked but everyone else was fine.

I got some beautifully saturated colour shots.