When I was 13 years old I went on a long weekend holiday to Bindara Station in NSW.
I went with my Father,Glen Thompson and Grandfather,Bill Buck.
Bill Buck, had grown up on the station,raised by his grandparents.
On that weekend I learnt a lot about our family heritage on my mother's side of the family and have learnt a lot more since.
Bill enlisted in the 1st world war as an infantryman and was stationed in England and fought in Europe.
Serious war in the trenches with rifles and bayonets.
He seldom talked about those days in later life.
He did however meet my Grandmother,Lucy and they married in England.
My Uncle ted was born in England and Bill brought his Bride and one year old son to live in Australia.
They went straight to Bindara Station to live  on the Darling River in outback NSW.
My Grandmother lasted about a year with the heat and flies and little in the way of he modern appliances of the time.
I understand she gave my Grandfather an ultimatum and they moved to Adelaide where my Aunty and my Mother were born.
Getting back to the holiday.
It was a wonderful trip and I was introduced to station life that included mustering sheep and lamb marking which was an eye opener to me.
Getting up early in the morning and starting with an amazing breakfast at the neighbouring station (Willotia I think) which was prepared in a purpose built cook house.
Bacon,eggs,chops, sausages and all the trimmings.
There is some 8mm home movie  of that holiday and also a few months later when my mother and young brothers came up also.
Highlights were travelling about the station in Landrovers equipped with walkie talkies and the fantastic wildlife.
Kangaroos,Emus, Birdlife and of  course the Darling River.
This was 1959.
In those days it was common for people to hunt rabbits and kangaroos with rifles with I was right into.
I got chastised for being a bit too gun happy and that was the beginnings of my becoming first an observer and later a photographer of wildlife.
Bindara was where I first saw Apostle Birds which became one of my favourite Australian Birds.
Their descendants are still plentiful on the station.
The river in those days was so clear you could see the sandy bottom not like the muddy water of today.
There were Murray Cod in the River in plentiful supply in those days.
In the early days Paddle Steamers plied their trade on the Darling which joins the Murray river at Wentworth.
The station homestead in 1959 was magnificent and still stands today.
In 1959 the property was owned and worked by Harry and George Packer who were cousins of my Grandfather.
They had 2 young girls  and 2 boys in their families respectively.
You can visit and stay now with the current owners Bill and Barb Arnold.

Below are some pics my dad, Glen Thompson took on Kodachrome  slides during 1950's 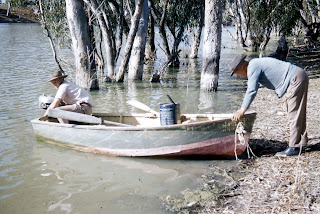 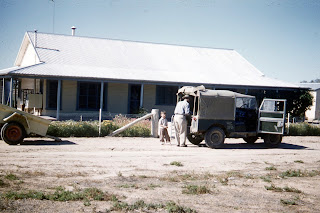 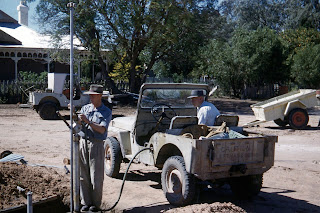 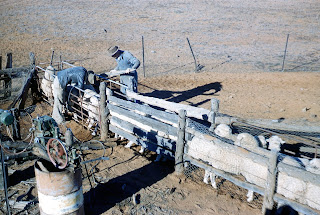 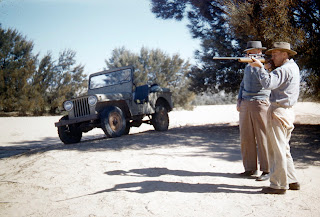 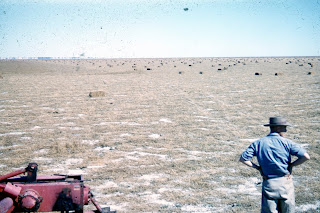 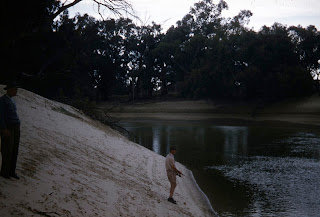 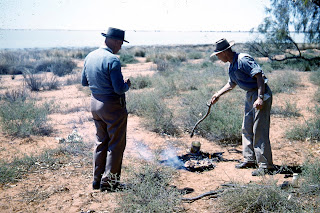 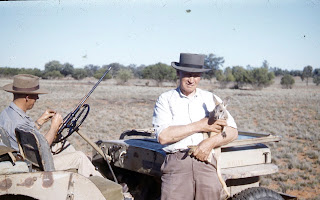 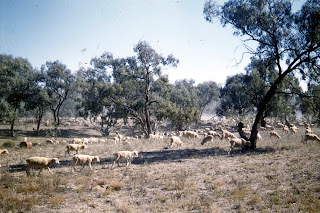 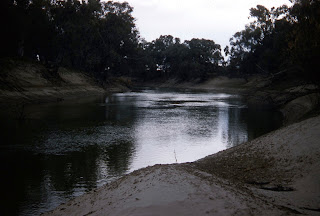 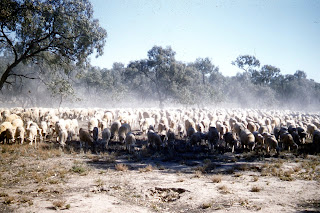 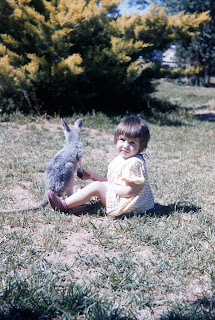 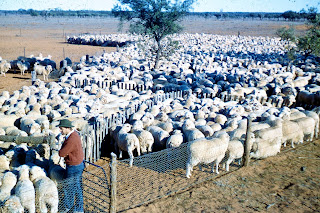 Posted by Geoff Thompson at 1:25 PM