The Call of Africa 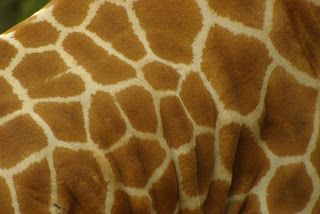 Since I was a young boy I have had a fascination with Africa.
Its wildlife and in general  everything about it.
I had a n Aunty who lived in East Africa for a time and I had an enviable collection of stamps at the time from Uganda,Tanganyika and Kenya.
I found a book she had in her library called "Up Country Swahili" and as a 12 year old started to try to learn this language.
I used to collect as much information as I could about African Wildlife and kept a scrapbook of newspaper clippings.
I reckoned that I knew at one stage just about  every African Animal as some kids know their football players.
Walt Disney in those early years started producing some great wildlife films.
My imagination was captured by "The Living Desert","The Vanishing Prairie" and "The African Lion".
So I have long had an interest in Africa.
One of the best books I have found, and there are many, on African Wildlife Photography, is called "African Safari-The Ultimate Wildlife and Photographic Adventure." by P. Jay Fetner.
It was first printed in 1987 and I am not sure if there are any subsequent editions.
It is set in the pre digital era but is an amazing resource of not only information and photos about animals and birds, but many diverse extracts from literature about Africa and wildlife.
It has location maps and comprehensive info about what,how ,when and where.
You can search out copies on the internet.
See links about the book below.

There is one customer review on this link that says it all.

So far I have only been able to photograph African Animals in Zoos and Wildlife parks in Australia.
It is a good place to start.
Posted by Geoff Thompson at 10:49 AM