For those who don't live in Australia I guess the idea of photographing a Kangaroo would be a pretty exotic idea and on many wishlists.
If you live in Australia you don't need to go far to see Kangaroos but you won't see any hopping down the main streets of our towns.
There was an interesting survey done recently that showed that Kangaroos that live in the hills surrounding Canberra,our national capital, do come into the suburbs at night.
Many country towns do have Kangaroos close by and they may do the same thing there as well.
Kangaroos are most active at night but do also frequent the daytime .
Mostly on very hot summer days they lie on the ground under the shade of trees usually in a depression in the sand.
Kangaroos are usually wary of humans but on some places will be more approachable than others.
Driving on country roads at night you have to be very careful that you don't hit them where they are plentiful.
That is why many cars in the outback have "bullbars" on the front to protect the car from impact.
In National Parks where they are not under threat from hunters they are more likely to be reasonably approachable.
There are many varieties with wallabies being a small form of Kangaroo.
My late father in law used to complain when we were out in the bush and I stopped the car to photograph "roos.
"Haven't you got enough shots of Kangaroos?"
I probably have but I never tire of photographing these beautiful animals.
Anyway below are some of my favourite Kangaroo shots.
A telephoto lens of at least 200mm is usually required. 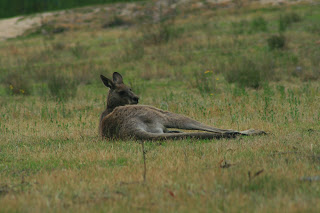 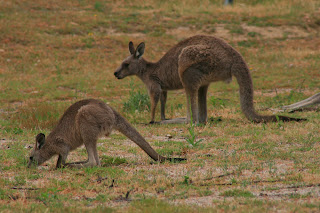 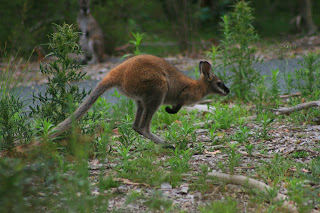 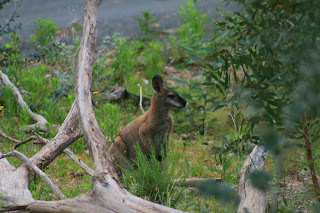 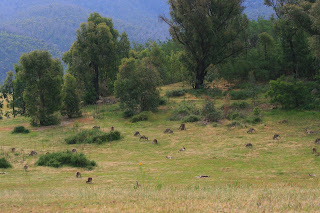 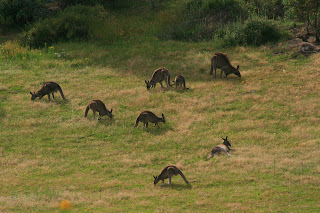 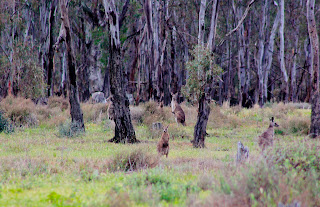