I have now been retired from the official workforce for 4 years this month and it's great to be able to look back on a varied and interesting career.
For the last  5 years of my 28 years with PMG dept and then Telecom Australia(now Telstra) I worked in the Public Relations or Corporate Communications Section of the organisation.
This was a marvellously varied job that I had from talking to school kids, dealing with disgruntled customers,organising functions and acting as a contact point for staff who had needs in their various endeavors.
I often found myself involved in things as diverse as holding a baby wombat at a school  with the South Australian Managing Directors Representative for a photo shoot, to being Secretary and co ordinator of South Australia's Telecom Regional Consumer Council, and organising the Telecom Grand Prix Media and Photographic Awards.
I later worked for the Commonwealth Employment Service and then Centrelink.
The Grand Prix years in Adelaide were great and Telecom was very involved in organising telecommunications for the race and the many media people involved.
Telecom was a Corporate Sponsor of the event and during the race had a miniature replica of the Grand Prix track up and running.
A highlight at the time in the 1988 Grand Prix were races held on the model track featuring drivers Ivan Capelli, Julian Bailey and Australia's Dick Johnson.
Murray Walker did a call of the races.
I do have a copy of the video produced of those races somewhere in my archives.
Anyway here are some pics I took at the time on my trusty Pentax Super A camera.
The general public were allowed to try the slot cars.
I co-ordinated the Awards in 1988 and 1989. 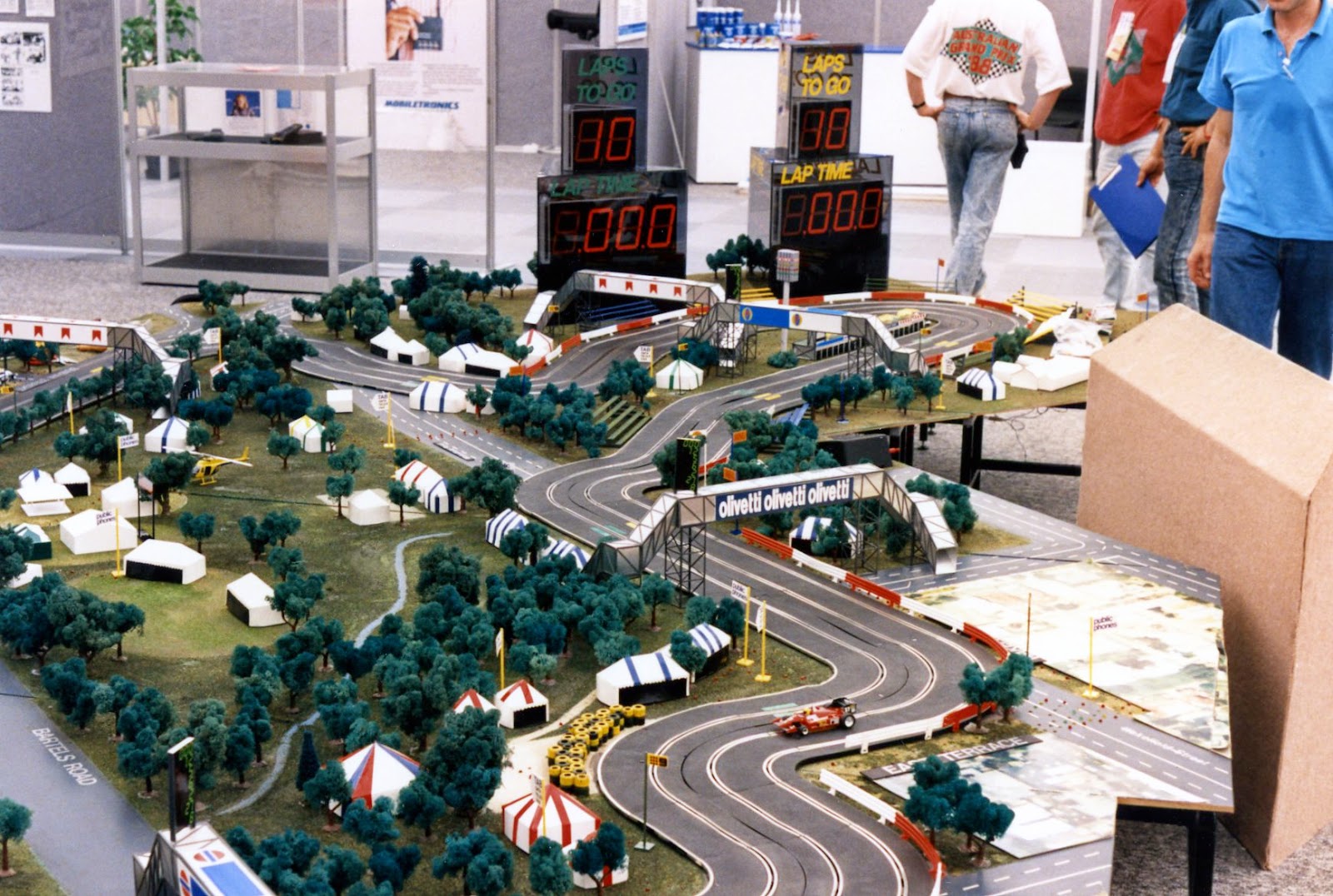 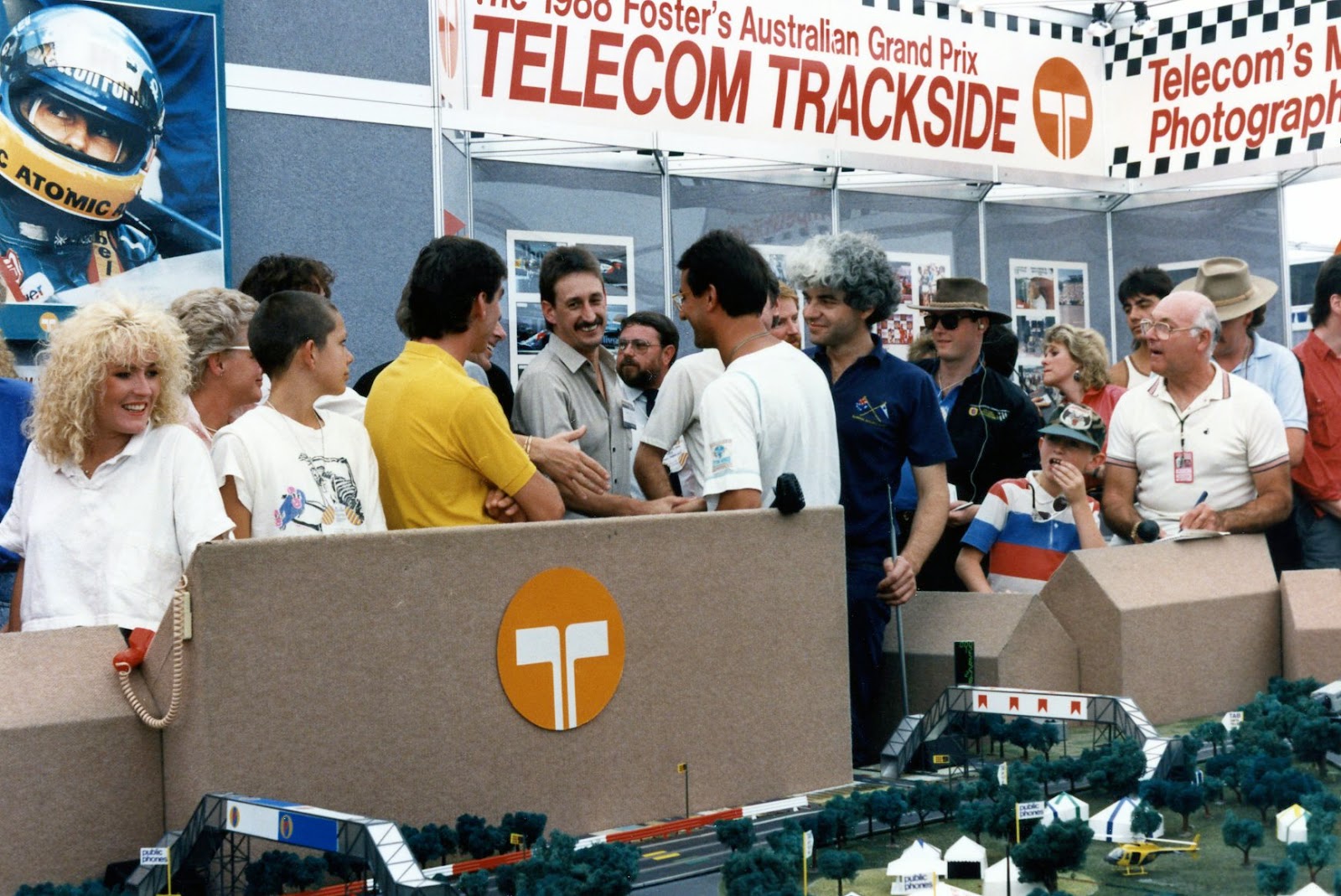 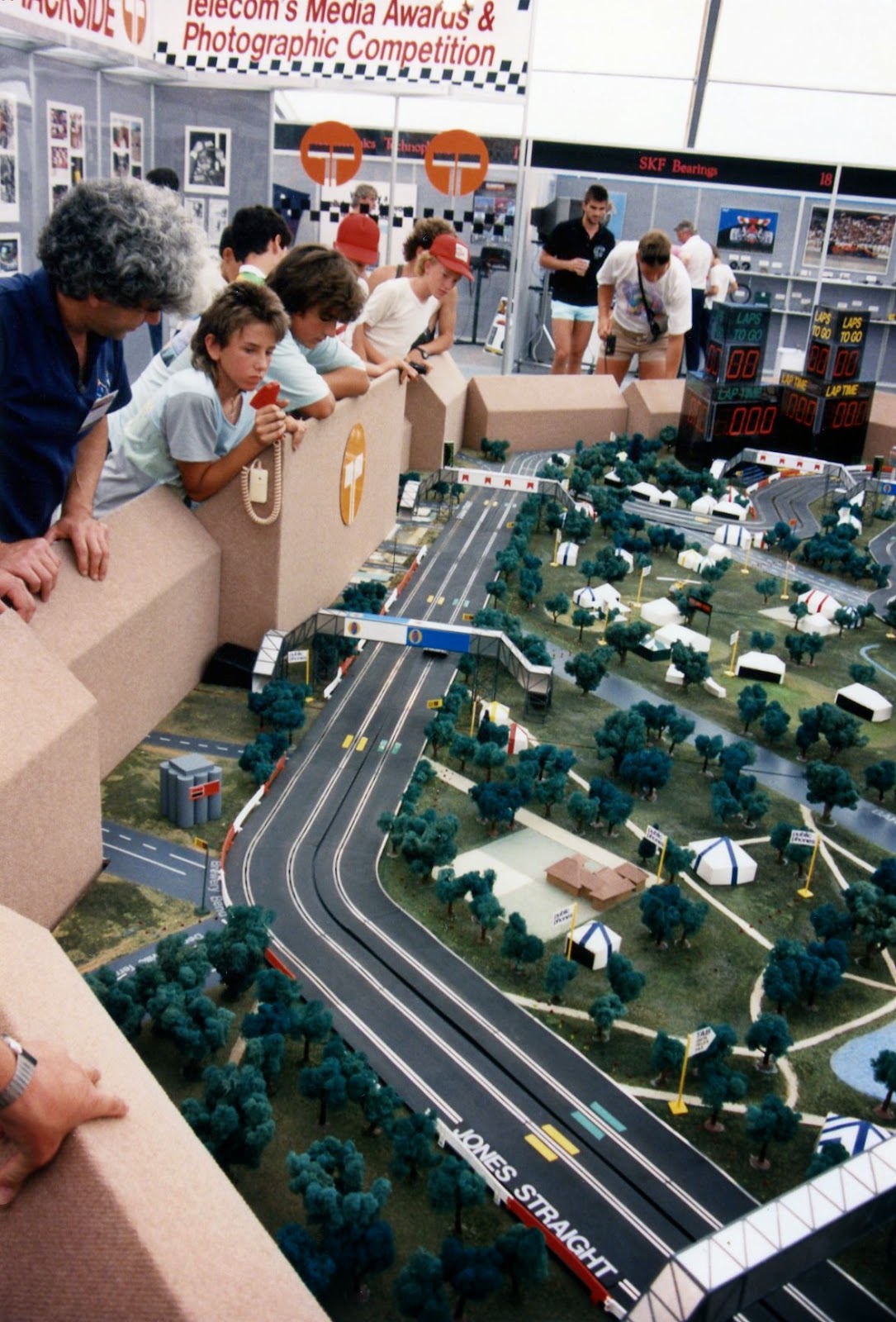 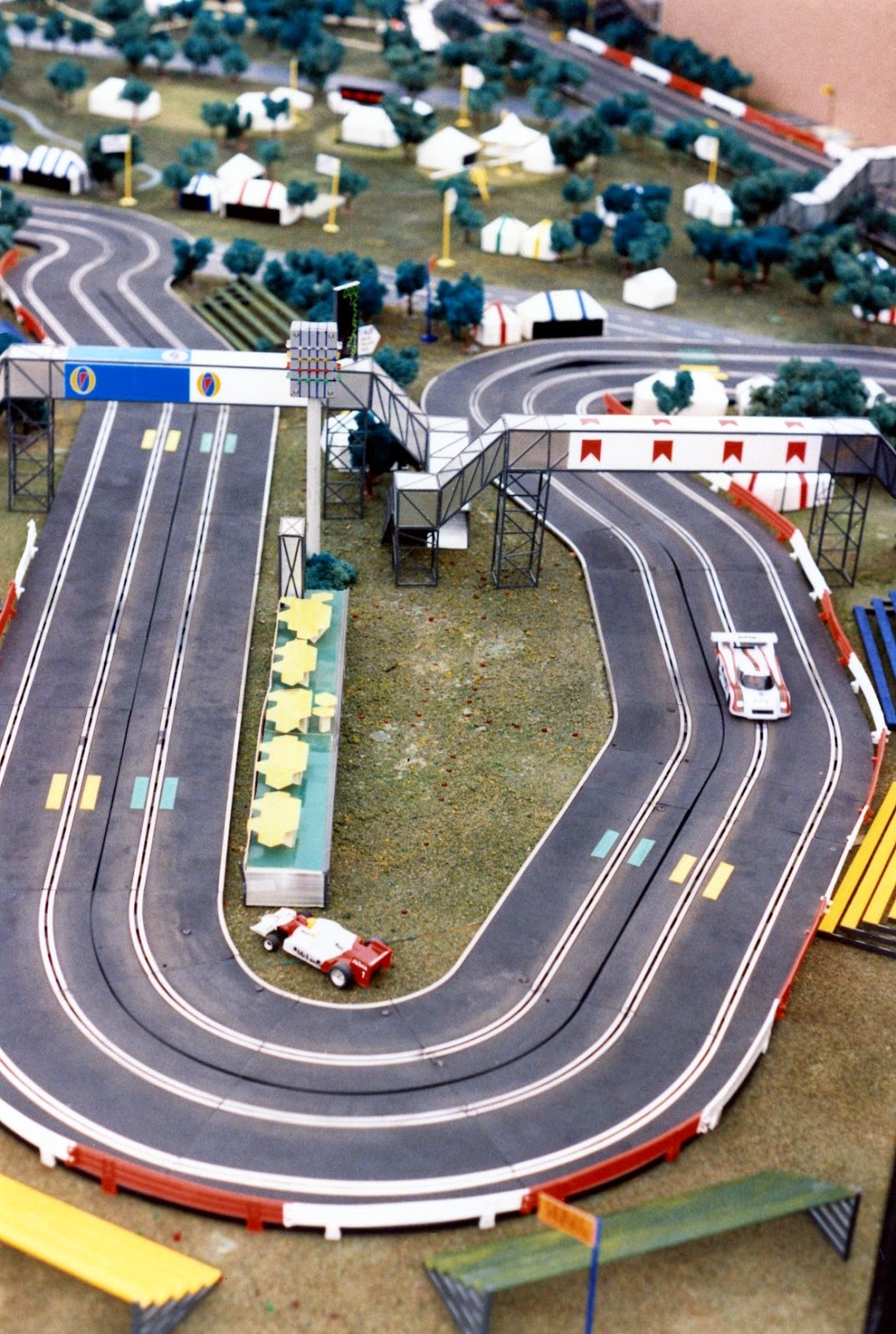 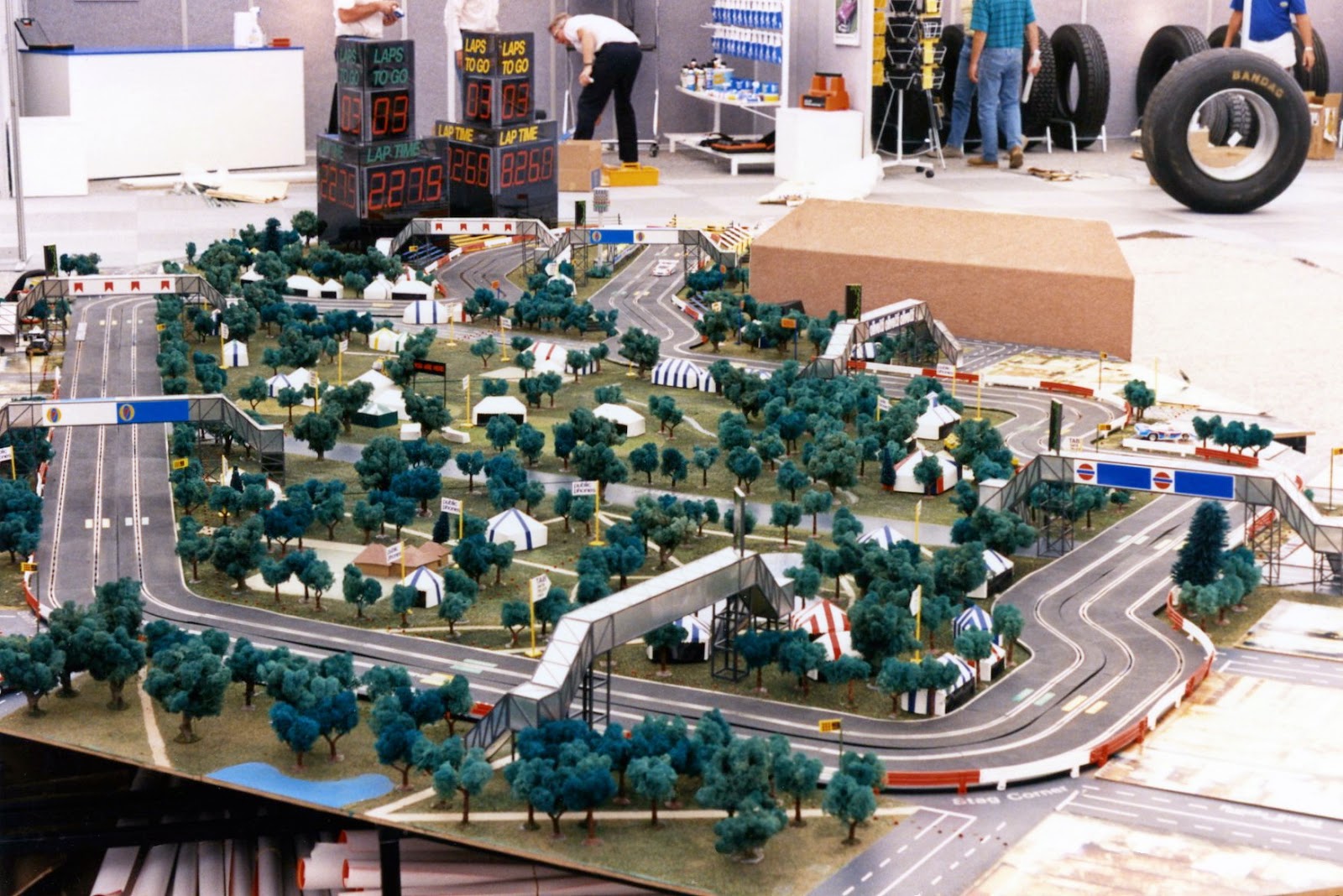 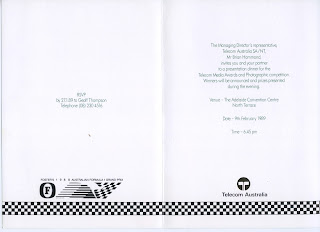 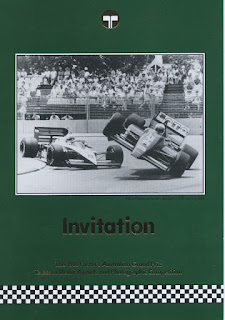 Posted by Geoff Thompson at 8:50 PM