The Big Question by Geoff Thompson 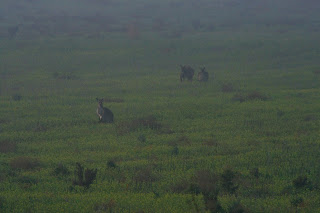 On the weekend just gone I had the privilege of sharing the Gospel in the Renmark West Uniting Church and the Renmark Town Uniting Church.
I woke up to a cool foggy morning and arrived at the Renmark West Church before anyone else.
I looked in the paddock across the road and there in the fog I saw kangaroos grazing.
I could not resist grabbing my camera and getting some shots.
How wonderful is God' creation.

Below is the transcript of my message.Also I have now uploaded the audio to youtube so here is the link below.It may differ slightly to what is written below.