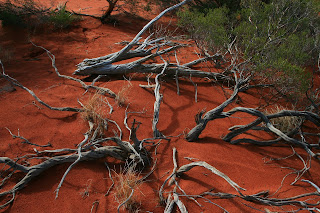 "For ever since the world was created, people have seen the earth and sky. Through everything God made, they can clearly see his invisible qualities—his eternal power and divine nature. So they have no excuse for not knowing God." Romans 1:20

If people wanted to give me a title re my Christian beliefs they would probably tell you I am an evangelical,fundamentalist, creationist type of Christian.I would probably satisfy that label.

Before I continue let me say one thing at the outset. I have a very good sermon in my collection of tapes called “Hearing God’s Word”.

In it the speaker points out that the moment we put a “label” on a Christian we immediately because of our bias , restrict ourselves from possibly ever hearing what God might want to say to us through that person. All truth is God’s truth is what I believe no matter the source. That does not mean I am a Universalist.

So why would I want to tell you my views on the creation debate.

Well it just might be useful to someone exploring faith in God and related matters.

I don’t believe I alone can convince anyone to believe my position.

I have tried with a few people.

As a young person, I am now 69, I had a great interest in the natural world, animals, birds and the heavens and the plant world to a lesser extent.

I knew pretty much in the early stages what evolution taught. I had a basic belief in God having attended a Christian Sunday school until I was 12 years old at which time I walked away from the Church.

I loved stories about animals, particularly the Jungle books by Rudyard Kipling.

When I became a Christian at age 28 I still had a basic belief in evolution and thought well that was probably how God created everything.

I must have read a few books by “Creationists” or “Intelligent Designers” which  is the current more in vogue title for such people. Some of them argued very convincingly for the creation account of the Bible.

I became more and more challenged by such writings and eventually came to my current position.

Some of the things that I found were important in having a Christian creationist view point are included hereunder.This by no means a treatise of this subject. There are many who have written excellent material on the subject who can do a far better job than I can.

If God is the Creator of the Universe He is big enough to create an already functioning universe or earth with a command.

How big is your God?

I believe God is that “big”

Things that the writers of scripture at the time they wrote them must have been under inspiration of the Holy Spirit as according to scientific discovery they were not known  at the time.
Eg That snowflakes all have a unique individual design.
That in one part of the world people would be sleeping at night while others were awake during the day.
That electricity could be used to communicate.
You might say such things are coincidental but when there are  many so called coincidences  one can conclude there is a greater power at work.

Dr Paul Kaschel  when speaking in Adelaide once at a seminar on the “Exchanged Life” told how he had once been in charge of a secular psychiatric hospital and he had been fully qualified in secular therapy.
He pointed out however that using techniques of the day thay could get some people well enough to go home but the minute some storm in their life came along they would be back in hospital.
He likened what they were doing in therapy to making a dirt road full of potholes passable by filling them in with dirt and gravel but the minute a storm came along they were washed out and the road became treacherous again.

He discovered a more excellent way to help people through Jesus.

Using evolution and the idea that we were cavemen and the danger and flight response is  part of that scenario rather than what is taught in Genesis is why there is no agreed Paradigm in Psychology.

5. Being able to trust the whole Bible is paramount to discovering the “full”
salvation that Jesus offers.

8. I believe it is possible for people to become “creationists” or “intelligent
designers” without becoming Christians. I know of one such person at least.

This has nothing to do with the transition from one species to another that evolution maintains.Variation within a species  is not counter to a creationist viewpoint.
There are and always will be millions of so called “missing links”.

The fossil records support Creation and not Evolution. See the book by Duane Gish.“The Fossils say no!“
Below is a youtube talk given by the late Dr. Gish

Creator is the human failing of pride and the fear of being considered “unintelligent”.
We all of us in our fallen state want to be as God ourselves and control our own destiny.
We all have a definite appointment with our creator, if He exists, one day.
I don’t doubt He does.
Why not investigate the claims for creation and the wider question of Jesus Christ now before we meet our maker.
Someone once coined  the phrase. “ If Christ is the answer, what are the questions?
There are lots and I find the Bible satisfies all the questions I have come up with.
Start studying the Bible seriously today and put your scepticism and judgements to one side and you will be surprised at what you will find.


Below is a link to a significant Creationist, Intelligent Design Ministry if you want to explore further. Please note I am not saying there is no such thing as helpful science in many fields.
The science I believe in is evidence based and demonstrable by repeated experiments after developing a hypoyhesis.

Ps. You will notice a gap in my numbering system. Not a freudian slip but my having problems with the formatting.

Posted by Geoff Thompson at 8:48 PM