Old Film Bonanza- What to do! 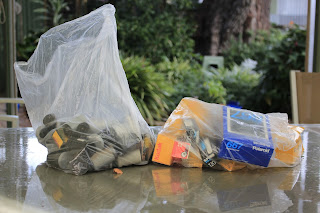 I have just today received from my friend Terry a couple of plastic bags full of film and film containers.
Some years ago he used to do portraits of kids, pictures of show jumping horses amongst other things.
He told me he got interested in photography while still at school.
He set up a home darkroom and used to sell prints he developed and printed himself.
He specialised in black and white and used to also buy film in bulk and load it himself into whatever length he wanted.
His cameras of choice were an Mamiya RB67 and Mamiya TLR.
Some of these films are more than 30 years old.
They have been refrigerated until 4 days ago.
So my challenge now is WHAT TO DO WITH THEM!
So looks like a project coming on.
I can see  me loading them up and trying a variety of stuff.
But all my projects have a slow time span so you might see some results here when I have done something with them.

If anyone can think of a good project for me let me know. 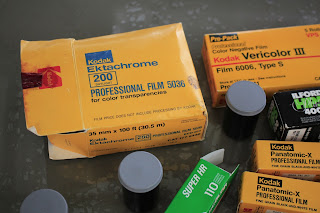 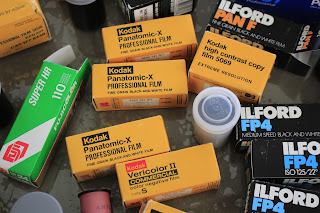 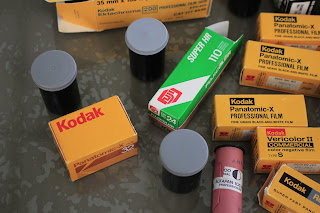 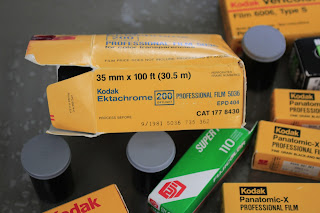 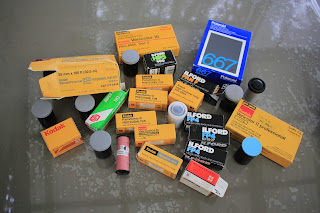 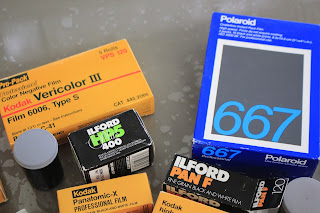 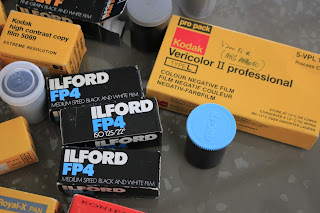 Posted by Geoff Thompson at 2:18 PM