It's Not Cricket! It's Human Nature! 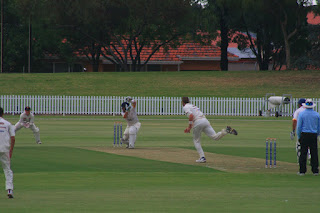 Such a tremendous disturbance in the cricket world over some cricketers doing something to a cricket ball they are not supposed to.

Bewildering to the non cricket fan.

A common lament is that these guys were role models.

What do we tell our children?

It just shows what happens when sports idols and any other idols fall.

They fall because non of us are perfect.

Non of us are without sin.

The Bible says "he who is without sin, cast the first stone" in the well known story of the woman caught in Adultery about to be stoned.

Jesus reprimands and challenges those who would stone her.

They all slink away.

See the attached link to an opinion by Natasha Moore.

She says so eloquently what I am trying to say.

I for one love sport and cricket but many of us  make a mistake to let sport take the place of true religion in our lives.

It is not sustainable.

These guys need to be forgiven if they ask for it, ------Smith,Warner and Bancroft.

Let them continue to do what they are good at.

C T Studd one of 3 cricketing English brothers, tossed in wealth and fame, (he probably would have captained England), to become a missionary to spread the Gospel where it had hardly been heard of before.

There is life before and after cricket.