There is much talk about signs and wonders these days in some Christian circles.

And there are un-believers who say unless they can see God they wont believe.
This devotional from William Barclay just about says it all.
We only have to look around and breathe the air to see as much evidence as we need. 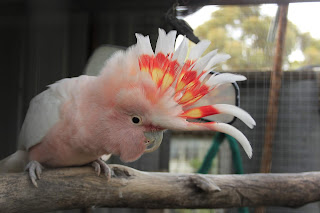 8:11-13 The Pharisees came out and began to ask him questions. They were looking for a sign from heaven, and they were trying to test him. He sighed in his spirit and said to them, "Why does this generation look for a sign? This is the truth I tell you--no sign will be given to this generation." He sent them away and he again embarked on the boat, and went away to the other side.
The whole tendency of the age in which Jesus lived was to look for God in the abnormal. It was believed that when the Messiah came the most startling things would happen. Before we reach the end of this chapter we shall examine more closely, and in detail, the kind of signs which were expected. We may note just now that when false Messiahs arose, as they frequently did, they lured the people to follow them by promising astonishing signs. They would promise, for instance, to cleave the waters of the Jordan in two and leave a pathway through it, or they would promise, with a word, to make the city walls fall down.
It was a sign like that that the Pharisees were demanding. They wished to see some shattering event blazing across the horizon, defying the laws of nature and astonishing men. To Jesus such a demand was not due to the desire to see the hand of God; it was due to the fact that they were blind to his hand. To Jesus the whole world was full of signs; the corn in the field, the leaven in the loaf, the scarlet anemones on the hillside all spoke to him of God. He did not think that God had to break in from outside the world; he knew that God was already in the world for anyone who had eyes to see. The sign of the truly religious man is not that he comes to Church to find God but that he finds God everywhere, not that he makes a great deal of sacred places but that he sanctifies common places.
That is what the poets knew and felt, and that is why they were poets.

"Earth's crammed with heaven,
And every common bush afire with God;
But only he who sees, takes off his shoes,
The rest sit round it and pluck blackberries." 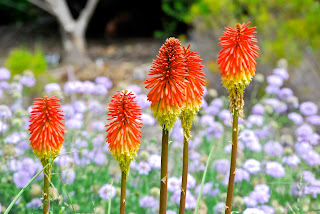 "A garden is a lovesome thing, God wot!
Rose plot,
Fringed pool,
Fern's grot--
The veriest school
Of peace; and yet the fool
Contends that God is not--
Not God! In gardens! when the eve is cool?
Nay, but I have a sign;
'Tis very sure God walks in mine." 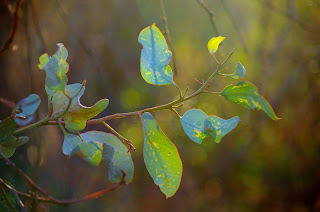 And still another poet wrote:

"One asked a sign from God; and day by day
The sun arose in pearl; in scarlet set;
Each night the stars appeared in bright array;
Each morn the thirsty grass with dew was wet;
The corn failed not its harvest, nor the vine
And yet he saw no sign!"
From him who has eyes to see and a heart to understand, the daily miracle of night and day and the daily splendour of all common things are sign enough from God.
Posted by Geoff Thompson at 11:50 AM