Ricky Ponting former Australian test Cricket Captain has announced his retirement from test cricket following the 3rd test against South Africa starting tomorrow.
Uncle Harry was right.
In about 1990 I spent a memorable day at the cricket with my wife's Uncle harry.
He was 90 at the time.
We sat in the Edwin Smith Stand watching Australia play the West Indies.
He did not miss a ball and made some astute comments on the game as we went.
He told me how he remembered Kippax rattling the pickets at the Adelaide Oval.
He also told me Ricky Ponting will Captain Australia.
He was right.
What a marvellous player,captain and  champion of the game both on and off the field.
Below is a link to how the ABC news reported this.
http://www.abc.net.au/news/2012-11-29/ponting-retires-from-test-cricket/4399042

Also I have attached some pics from the record breaking partnership between Ricky and Michael Clarke at Adelaide Oval in January this year.
Well done Ricky. 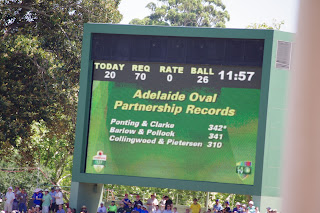 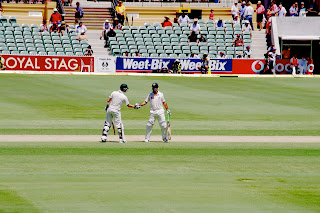 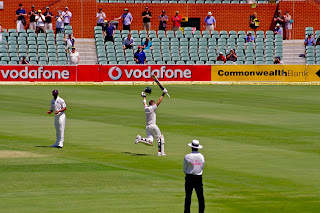 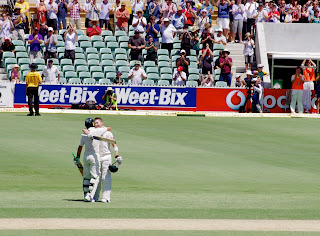 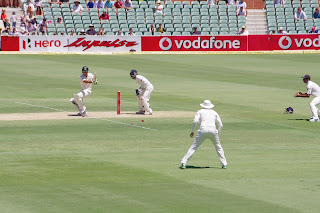 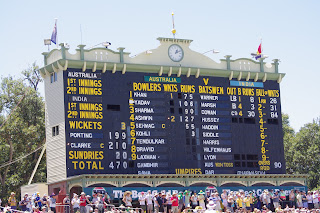 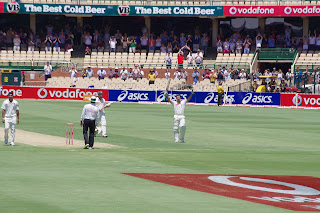 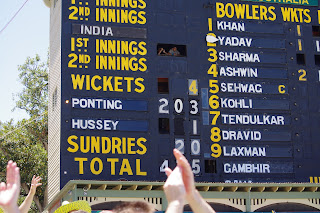 Posted by Geoff Thompson at 3:19 PM