How backward compatible are you?

I find it an amazing thing to share my thoughts with the world via the media of this blog.
Through this I share photography,sermons, recordings and movies and whatever I deem appropriate.
Some of the things I post were created on technology that is fast becoming history.
Multi media when I was a young boy was fairly simple and not always readily accessible or used by the average person.
To read about people's experiences we had paper.
Magazines,books,newspapers,journals in particular.
Magazines became extremely popular with some featuring the top photography of the day.
Time magazine,National Geographic, the Bulletin and Punch became the in thing.
People wrote each other letters and post cards and did not have any idea there would one day be emails, texting, messaging, what's app,facetime, etc.
Some kept daily journals or diaries to enrich their lives.In a book or notebook.
If people wanted to enjoy music together it was more than likely sing songs around the family piano.
Recordings of popular music became available on 78rpm records made out of acetate.
These were first played on wind up gramophones and later valve operated radiograms.
Photography began in both stills and movies and started to be enjoyed by the average person thanks to Mr. Kodak.
My dad bought a second hand standard 8mm clockwork movie camera in about 1959.
From then on we had many wonderful movie nights watching colour movies of our school sports,family holidays, boats and birds and all of Dad's hobbies.
A special highlight was running the movies backwards. 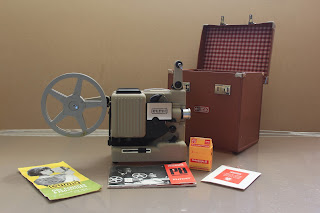 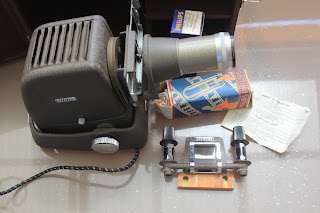 We had no sound of course but experiments were made to play a record or tape recording simultaneously with the movie.
Each movie went about 3 minutes and dad would splice some together so we had a 20min uninterrupted screening.
Magnetic Tape recorders were appearing so recordings could be done in the home.
Reel to reel then cassette recorders.
Vinyl records both singles and LP's had a great leap forward from 1950 to about 1980.
We started receiving television transmissions in Australia in the 1950's and that brought the world into our loungerooms.
Amazingly I can revisit just about every episode of programmes I watched as a teenager on youtube today.
Radio was a common denominator through all these goings on and technology shifts and is still a major player, particularly for the older generation.
Now we can record any sounds on our iphones and broadcast them ourselves if we know how.
Mobile phones when they started were only for the rich now everyone can afford them.
As a teenager in the 1950's the greatest technology advance I could think of for the future was being able to ride my bike and listen to the radio.
That one came quickly with the invention of the transistor radio.
Now we have as I write,the Internet,Pod casting,youtube,iview, usb sticks, mulitmedia software and the PC and Macs and live steaming at our fingertips.
WIFI and broadband.
If I wanted to I could actually stream my grandson's saturday morning soccer match to the world.
Digital cameras, tweeting,facebook,instagram,blogging,on line businesses and advertising that invades all .of our privacy.
So when I want to write for this blog and get something out of my archives to blog about, how long will I be able to extract sight and sound from my old media and translate it to a viewable medium here?
I still have most of the media I have talked about including, cassette tapes,cassette recorders, reel to reel recorders and tapes, 8mm and super 8mm films,movie projectors, gramophones, 78 records,45 and 33.3rpm vinyl records,film negatives, transparencies mini dv movie tapes to name a few.
I am gradually running out of space to keep it all and the trouble is that each software
and technology upgrade makes it harder and harder  to digitise and present and archive.
So should I bother?
I guess I'll keep trying.
How about you?