I have discovered that people are now shooting wedding movies on super 8 film.
What comes around goes around.
My Dad was a home movie enthusiast in the film days and as such he shot lots of family holidays, our school sports and also all of our weddings and also some of our friend's weddings.
He would be amazed if he was still alive to see something that some people now obviously value so highly that he once did as a normal amateur hobby enthusiast.
I guess that means nostalgia is in.
It is great as a "baby boomer" seeing these trends.
Vinyl records are in.
Still film shooting is in.
Polaroid shooting is in.
Using point and shoot film cameras is in.
Film is not dead yet.
Cassette recordings are still popular with lots of us older generation.
I have at times in the past transferred some of our home movies to digital just by projecting them on a wall and then shooting them with a mini DV camera.
I could do the same now with my digital slr or even my iPhone.
Over the next few months when I get some time I may have to see what I can do.
Some time back when my youngest son was doing wedding videos he shot some super 8 to use for the intro to his video of a wedding.
He was thinking ahead of his time.
He works on special effects on big budget hollywood movies these days.
I still have a collection of top quality super 8 movie cameras.
Now just to purchase some film and dust them off.

Ps. I wonder if the next step will be that people will want their wedding stills shot on film.
Then I could make a comeback.
PPS  It appears the next step has just been announced by Kodak with a new Super 8 film camera launched.
It would appear ideal for weddings as outlined above.
The only down side at at this stage it would appear it only has a standard lens which was not uncommon with some of the basic super 8 cameras in the past.
See this video interview with Kodak below. 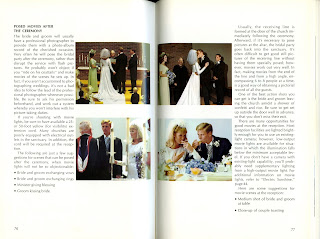 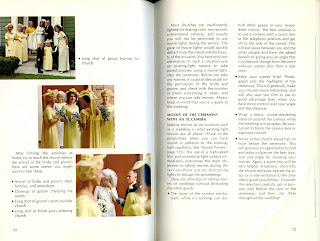 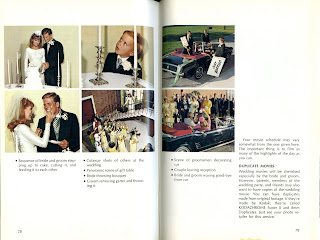