The Unofficial Test Matches-Australia and England

At the end of the 2nd world war there were some unofficial cricket test matches between the actual England test team and teams made up of Australian Services cricketers.
These happenned before the Australians returned home.
They also played in India.
These were very well attended and have never been recognised as Test Matches. Many including myself think they should have been.
Keith Miller and Lindsay Hassett went on to become highly successful test players for Australia.
I am gradually trying to put together a book based on the archives of Ross Stanford who played for Australia and was the father of my good friend Greg.
These are a few pics from his collection of those days.
Ross flew in the famous Dambuster's Squadron but not on the actual raid of  that name.
See my earlier posts on this subject and Ross Stanford. 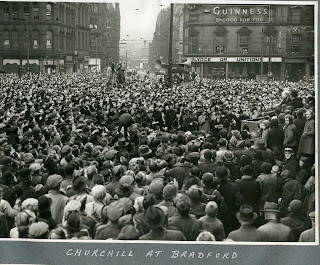 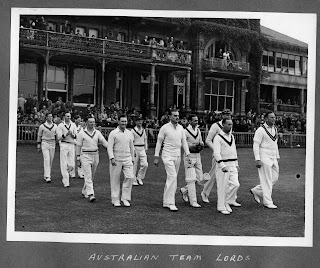 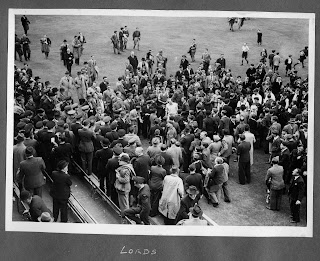 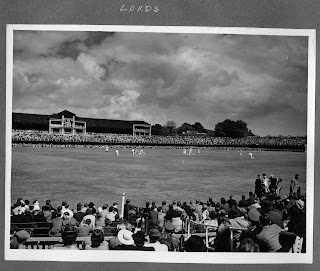 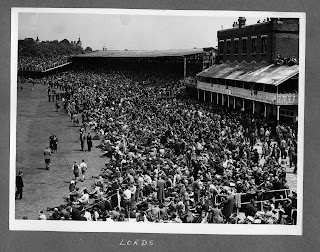