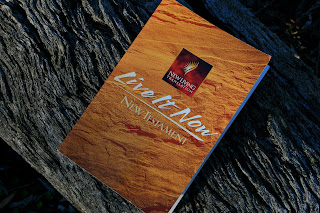 This Easter Sunday I once again had the privilege of leading the worship service at the Parkrose United Congregation.
This is an outline of the message I gave.


Welcome and Call to worship
Hymn: 159  “Glory to God”
Announcements: Barrie
Bible Reading:  Luke 24:35-49
Hymn:  “There is a redeemer”
Communion: Geoff
Offering and Church Prayer
Hymn: 156 “Thine is the Glory”
Sermon:     “Do we need to see His hands?”
Hymn: 160 “The day of resurrection” Plus “He Lives”
Benediction and vesper

35 Then the two from Emmaus told their story of how Jesus had appeared to them as they were walking along the road and how they had recognized him as he was breaking the bread.

36 And just as they were telling about it, Jesus himself was suddenly standing there among them, and greeted them. 37 But the whole group was terribly frightened, thinking they were seeing a ghost!
38 “Why are you frightened?” he asked. “Why do you doubt that it is really I? 39 Look at my hands! Look at my feet! You can see that it is I, myself! Touch me and make sure that I am not a ghost! For ghosts don’t have bodies, as you see that I do!” 40 As he spoke, he held out his hands for them to see the marks of the nails,[b] and showed them the wounds in* his feet.
41 Still they stood there undecided, filled with joy and doubt.
Then he asked them, “Do you have anything here to eat?”
42 They gave him a piece of broiled fish, 43 and he ate it as they watched!
44 Then he said, “When I was with you before, don’t you remember my telling you that everything written about me by Moses and the prophets and in the Psalms must all come true?” 45 Then he opened their minds to understand at last these many Scriptures! 46 And he said, “Yes, it was written long ago that the Messiah must suffer and die and rise again from the dead on the third day; 47 and that this message of salvation should be taken from Jerusalem to all the nations: There is forgiveness of sins for all who turn to me. 48 You have seen these prophecies come true.
49 “And now I will send the Holy Spirit[c] upon you, just as my Father promised. Don’t begin telling others yet—stay here in the city until* the Holy Spirit comes and fills you with power from heaven.”