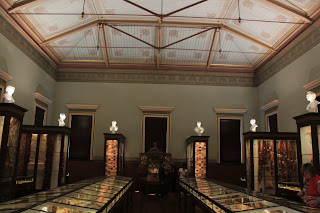 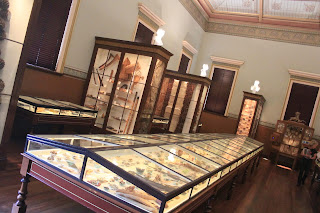 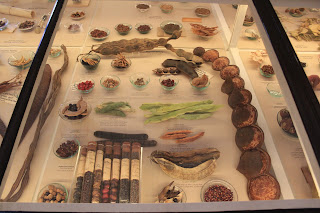 I have recently finished reading the book "the Kiwi's Egg" by David Quammen about the life of Charles Darwin and the events leading up to his publishing his most well known book on the Origin of Species.
It paints a picture of Darwin in a much more personable way than I had been aware of before.

Very well written and lots of interesting information about Darwin's personal life and his seemingly troubled mind regarding when to publish his ideas to the scientific world of the time.

The book also reveals the outline of a classic star crossed lovers theme.

His wife Emma did not agree with his theories that took away the reality of God as Creator of all things.

They knew that they had this difference of opinion before they were married and virtually agreed to disagree because of their love for each other.

Darwin had initially been a student of theology.

He remained involved in his parish for some years but as an agnostic so it seems . Not an atheiest.

They had many children and suffered loss of children due to the lack of medical knowledge prevailing at the time.

It reveals his painstaking efforts to research thoroughly his theories before publishing, wanting to make sure he had answered all the objections.

It seems to me also that he had people in high places who had vested interest in him publishing his work in time to not be upstaged by his much younger rival Alfred Wallace who was coming to similar conclusions to Darwin about Evolution.

There was a contrived meeting and presenting of papers by Darwin and Wallace before the Linnean Society as Darwin's advisors were seemingly worried that Wallace, a much less credentialled nobody, was going to beat him to the punch.

The Linnean society was a body representing the top Scientists/Naturalists of their day.

Wallace was not present at the time and this book suggests he didn't know about the presentation which did not include  Darwin's complete ideas, just an outline or suggestion  of things to come.

According to the author this night seemed to cause very little reaction among the establishment.

The book does show that then as now there was a  battle going on between Creationists and Evolutionists.

I  found nothing in the book that even slightly veered me away from my position as a believer in God's special creation.

I found the author's style quite refreshing in that he did not ,as some do, try to belittle the creationist viewpoint and showed clearly the personal struggles Darwin was going through.

I find this book a good companion to my copy of "the Voyage of the Beagle" which I find is a fascinating book.