As a young person growing up I spent the first 5 years of my life in a tennis loving family.
I was living with my parents and grandparents opposite the Carnarvon Tennis Club at West Croydon.

My family were very involved in the club and were all very competent tennis players.

I developed and early love of the game and as I grew up visited my grandparents every school holidays and played from dawn to dusk at the Carnarvon Courts.

I listened glued to the radio in those days of Australia's battles in the Davis Cup.

Players like Ken Rosewall, Lew Hoad, Frank Sedgeman and Ken Mcgregor became Australian heroes of the court.
And many more after them including Margaret Court and Evonne Goolagong.
And Adelaide's own Leyton Hewitt.
The courts are no longer there now.
Two youngsters I remember playing with were John James and Aldis "Ozzy"  Ozolins.
John went on to have a successful tennis career.
I ended up playing cricket as the local tennis club at Lockleys was less than encouraging when a friend and I approached to join the club.
We were about 11.
They simply did not have a junior programme so unfortunately Tennis missed out on 2 potential great players.
Thankfully these days there is no such problem.

Memorial Drive became the mecca of tennis in Adelaide and still is.
Ash Barty won her first Australian title there this month.
I remember going there and seeing the first lot of professionals when I was a kid.
Pancho Gonzales was the big drawcard that night who had the world's fastest serve at the time.

We have a rich tennis heritage in Australia and the Australian Open has became a major event on the World Tennis Stage,

Most photos here taken by my Dad, Glen Thompson. 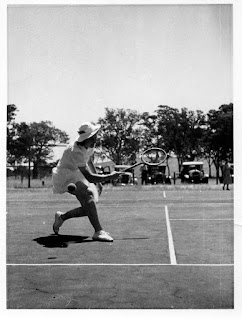 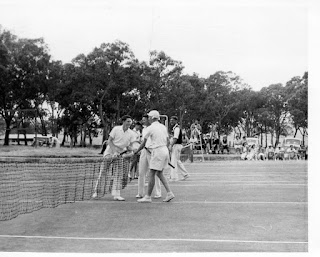 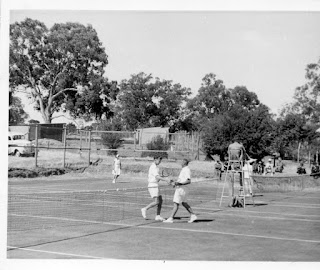 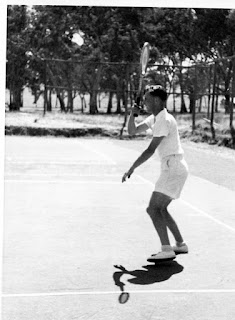 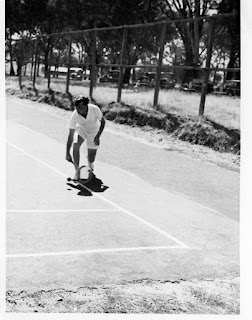 Posted by Geoff Thompson at 8:12 PM