My Country is burning! Australia on fire! 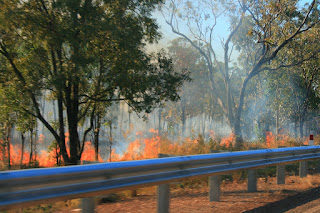 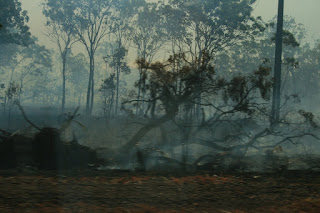 As I write this Australia has been battling for some weeks now catastrophic bush fires.
Some countries call them Wildfires.

There have been, and are still burning, major fires in NSW, Victoria,South Australia and Western Australia.

We have visited many of the areas where the fires have been burning on holidays and feel very much for the people and animals living there.

There is some tapering off now and there is a threat of flooding rain in some areas.

People have been very traumatised by the whole event but in many cases the fires have shown a great example of where community spirit and unselfishness kicks in.

The not so positive side has been the  accusations when something like this happens.

Climate change of course is right up there in the discussions and people are wanting to pour blame on Australia"s Prime Minister.

In the Old testament we,the human race, are told we are to look after the earth so in a sense with our pollution and poor management we as a human race are responsible.

Australia has always been a country ravaged by bushfires and indeed many native trees rely on bushfires to regenerate.

What I find difficult to swallow the climate change debate part of this is when you ask yourself the questions about past great fires.

Was that climate change?

That was a long time ago.

And in more recent times when Canberra was badly affected by a massive bushfire I don't remember climate change being discussed then.

The current protests to me in Australia seems more like an opportunist groundswell to oust the Prime Minister.

It's interesting that  when you read how London was re built that it appears a coal tax was used to raise money.

And when you examine these events the human reactions in apportioning blame are quite evident.

These terrible fires have been awful and I pray that people will be able to recover and receive the help they need.

Below are some links to the past events I have highlighted.

Of course we don't see the widespread protests about the world being aflame as written by Billy Graham in 1965..

Posted by Geoff Thompson at 9:08 AM