The Big Leap by Frank Hunting

Most Christians that I know seem to have very little understanding that the main enemy we have who is attempting to destroy our lives and families is the devil. Satan.
We talk about this but seem to think we have total protection from the devil because we are Christians or we even doubt his existence.
If something goes drastically wrong in the lives of a person, friend ,loved one, Christian or otherwise we tend to blame them for the foolishness of their own actions and that they had it coming. Or we blame someone else who led them astray.
The individuals may be at fault and we should not blame the Devil for things he didn't do.
We don’t  recognise that the enemy who is out to destroy our homes, our marriages, our relationships, is working behind the scenes always trying to bring about a mighty crash in even the seemingly most wonderfully “saved” Christian.
Once we start the finger pointing we are “dead ducks”!
We fail to recognise we are all just as capable as being fooled or crashing as anyone else.
We fail to recognise that the only reason we haven’t failed and someone else has is because of the Grace of God.
My mentor Frank Hunting ,who’s teachings are featured on this blog, had many direct confrontations with the demons who have invaded peoples lives and used God’s mighty weapons as outlined by Paul to defeat the devil and deliver people from the evil one.
Most of them were Christians.
He learnt over time that he would not attempt such deliverance unless the person was a baptised believer.
Not long before he died he wrote a treatise on the subject called “The Big Leap”.
I have posted the opening pages and may decide to to do the lot.It is reasonably lengthy but nowhere near as long as "War on the Saints" by Jesse Penn Lewis. 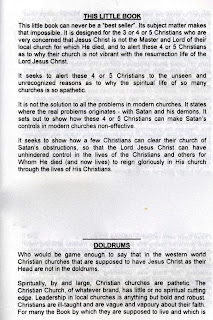 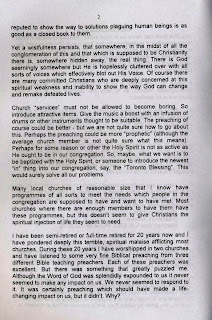 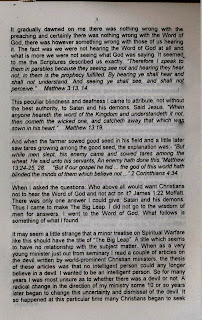 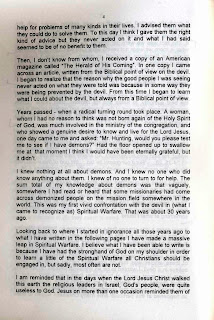 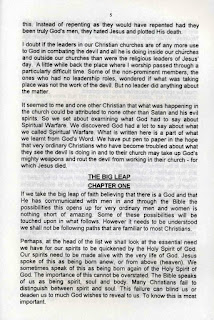 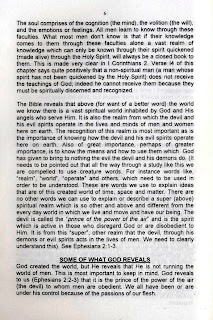 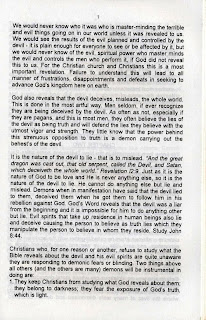 Posted by Geoff Thompson at 2:11 PM