It's Cricket Season in Australia 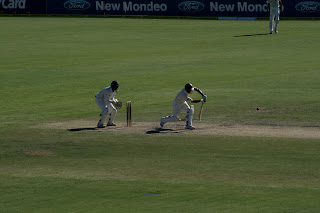 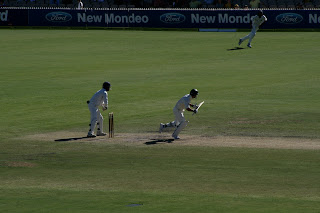 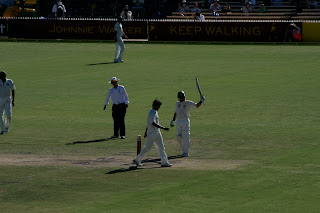 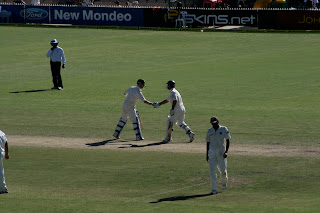 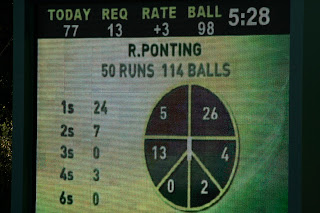 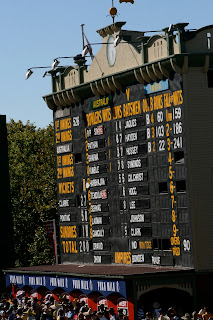 Australia are currently doing batttle with New Zealand in a Test Match in Brisbane. As I write Ricky Ponting is not far off of a test century(100 runs). I have found a few photos of him from a past test match against India  at Adelaide Oval for viewing. Stop Press:Now he has just been given out LBW and they are asking for a video review. He is on 78 runs. He is on his way. That could be the turning point in the test match.Thay stilll havve not passed New Zealand's 1st innings total and they have a long "tail" The tail is the bottom 5 batman who are mostly bowlers and not known for their batting.
Well since I started this peace the rest is history a new young fast bowler blitzed the Kiwis after the "tail" batted really well.
Posted by Geoff Thompson at 3:54 PM