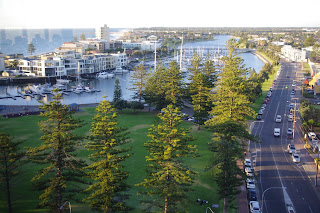 Glenelg in South Australia is within 10 mins of where we live.It is a historic place in South Australia as the Bay as it is known is regarded as the birthplace of the state of South Australia.
It is a tourist drawcard and has a Marina and Restaurants and Hotels and a children's entertainment complex.
It has a fine swimming beach and  jetty or pier.
It is connected directly with the Adelaide City centre by an Electric Tram service. 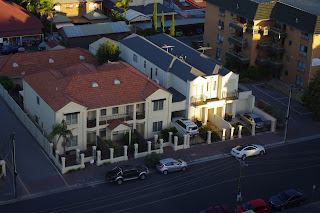 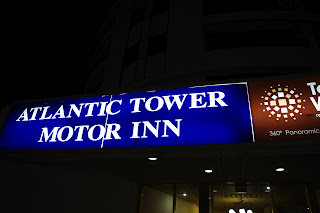 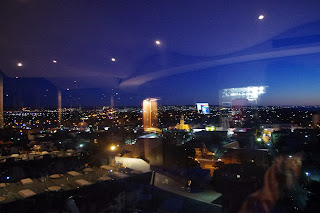 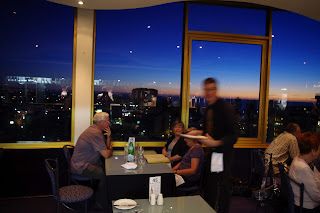 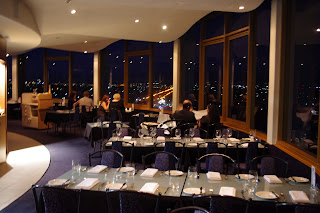 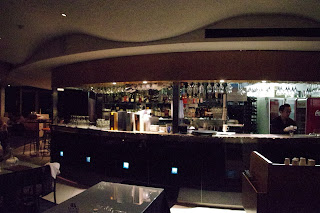 This weekend we celebrated our friends' wedding anniversary at the land mark Atlantic Tower revolving restaurant which has 360 degreee views from the 12th floor.It takes an hour to turn through 360 degrees.T.he idea is to go there to see the sun set then see the sparkling lights of Adelaide. A good place to take overseas visitors to get a panoramic view of Adelaide.
Posted by Geoff Thompson at 10:54 PM