The MZs is really  the last flagship of professional 35mm film cameras by Pentax before all went digital.
Before the MZs the Pentax Z1 and also the LX were classed as professional 35mm film slr.
I used the the Pentax Super A(Pentax Super Program in USA) for some years in wedding photography and in my opinion it could have been classed as a pro camera also.
It was a 35mm version on the Medium Format Pentax 645 which was a professional camera.
In the last couple of years as a wedding photographer, before I went digital, I was using the MZs on weddings.
A very capable and still sought after film camera.
Below is how Australian Camera reported on it at first testing in July 2001.
I was looking at a second hand Nikon F5 recently and the shop salesman said he preferred the MZs to the Nikon.
He also owned an MZs.
If you can find one on the second hand market a great camera to use and own.
A feature is that it does imprint settings  info about each frame on the negatives. 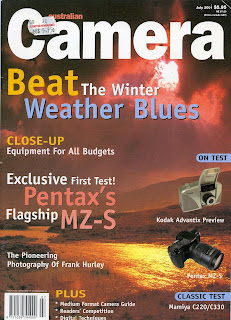 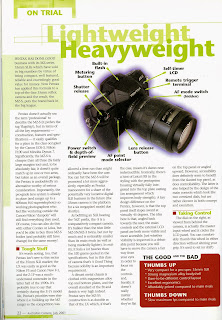 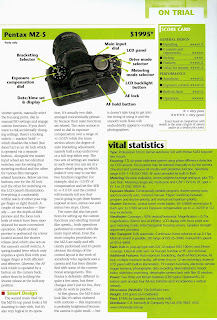 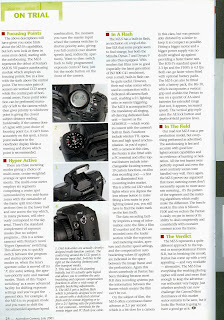 Posted by Geoff Thompson at 9:30 PM