"Any Photo Taken is better than one not Taken." 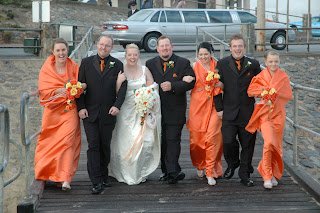 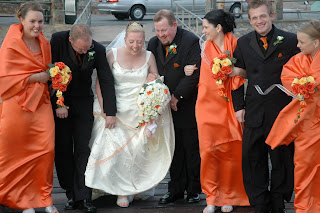 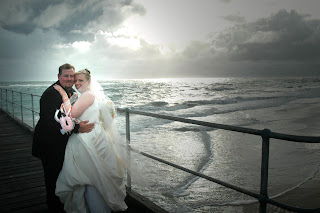 "Any Photo Taken is better than one not Taken."

This is one of my adages about photography in general and weddings in particular.

In wedding photography a lot of people argue you only show your customer's the best shots not the one that you consider are discards.
In this digital age of course when you take so many shots you are bound to have some shots that are almost identical to the one before simply because of the rapid firing of the shutter.
You don't have to show all those.
However over the years I have adopted a policy of giving my customers a look at most of what I shoot.
I argue that whatever I take may have no significance or merit to me but because of an "x" factor they may be highly favoured by your customer.

Why I have this attitude is probably summed up in a couple of examples.
If I hadn't given away negatives a lot of the time in the early part of my career I would be able to show you the pictures that illustrate this.
One wedding was in the Chapel of Adelaide's prestigious St. Peters College.
The Chapel is quite an old design with a central aisle flanked by quite high wooden partitions with the pews all parallel to the aisle.
A better configuration for viewing a chariot race rather than a Wedding.
Well at the end of the ceremony we had our chariot race.
As the congregation are not intimately close to the wedding party my Bride and Groom decided to bolt for the door after being pronounced husband and wife.
I had been waiting to get shots of them greeting parents and then moving slowly out of the church..
I realised what was happening as they took off at speed and managed to quickly fire off 2 frames.
One the flash fired and was insignificant and the second shot was very blurry,but still exposed ok although a bit dark, but with a slow shutter speed and no flash.
You could make out expressions on their faces but not much else, so I thought.
When the couple looked at my photos this was their favourite shot.
The reason?
The bride in her haste had felt her garter slipping down her leg and it was around her ankle in the shot and as they ran from the building.
The garter was clearly visible in the shot around her ankle and they were laughing.
They were totally rapt that I got the shot as it was a great source of merriment to them.

Another shot I remember was of a couple coming into the reception room.
The photos was exposed ok with flash but was a little out of focus and on an angle when it was not fashionable to take shots at all odd angles.
The bride picked this as her favourite shot to enlarge.
Pointing out the photos deficiencies I asked her why she like it so much.
She said "because as we walked into that room and all our family and friends were standing their applauding, I felt like a million dollars."
Gets back to my earlier blog on emotions in weddings.
Wedding Photography is about more than just the camera, the photographer and all the technical stuff.

Posted by Geoff Thompson at 8:12 PM

Email ThisBlogThis!Share to TwitterShare to FacebookShare to Pinterest
Labels: the x factor, training in wedding photography